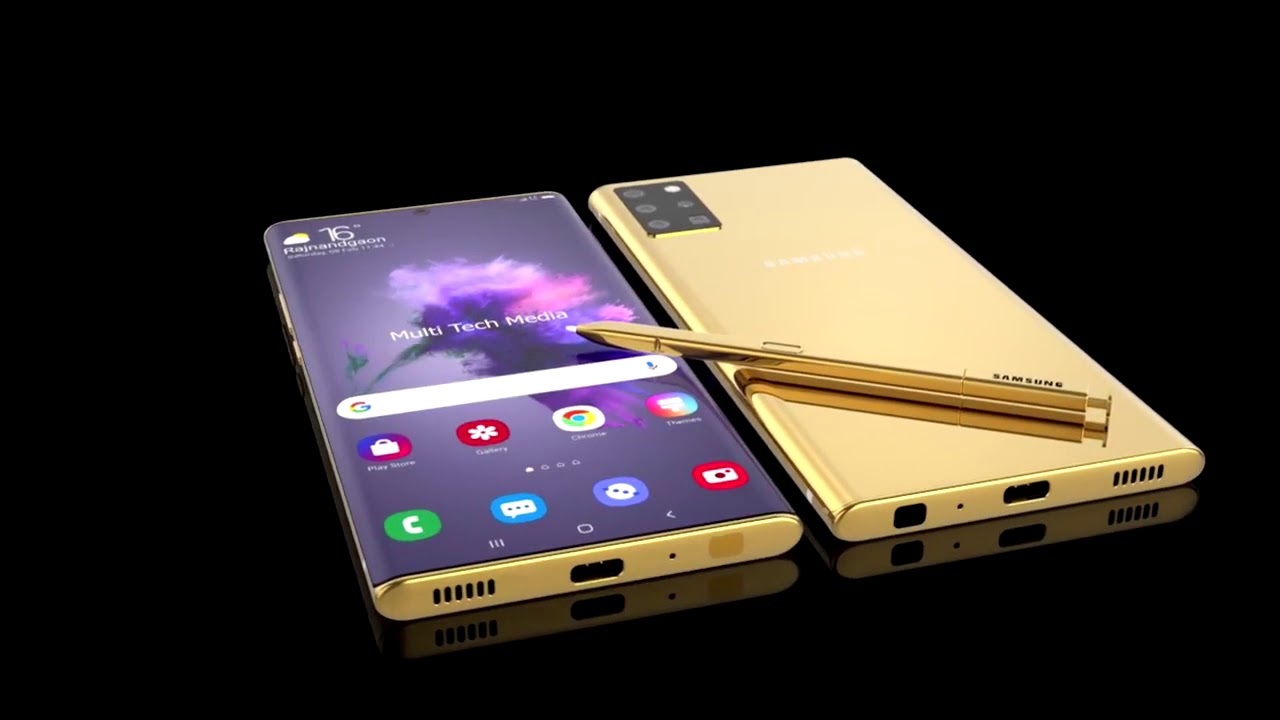 Samsung Galaxy Note 20 might be a big leap over Samsung’s previous phones. Rumour has it that the features have been enhanced, the camera has been modified, and the phone overall has been upgraded, making it an ultimate phone.

According to a new report, the Samsung Galaxy Note 20 is to be launched in the month of August. However, just like Apple faced disruptions in fixing the release date for their iPhone 12, similarly, Samsung could face a situation like that too. This is particularly because of the coronavirus pandemic.

The previous phone, Note 10, had a 3500 mAh battery. However, the new Samsung Galaxy Note 20 could have a 4000 mAh battery, according to a new report. Rumour has it that this new phone could be launched with a sub-display selfie camera that disappears when not in use. This would be the world’s first sub-display selfie camera. Two versions of this phone are expected which include a standard version and a Galaxy Note 20 Plus.

Although, the design of this phone is quite similar to the S20, there is room for an S pen. Both the phones, the Samsung Galaxy Note 20, and Samsung Galaxy note 20 plus feature a Samsung’s Infinity-O display. However, according to recent leaks, some websites suggest Samsung could surpass its 7-inch display for the screen.

This new phone features, a new 5G-optimized OLED display. The screen is built to reduce power consumption and emit less blue light, which could result in a Galaxy Note 20 with impressive battery life. The Galaxy Note 20 will use a more fine-tuned 120Hz refresh rate technology.

Samsung just recently announced the production of its new manufacturing process for 7nm and 6nm mobile processors. Due to their smaller size, these chips will consume less power, and also make them ideal for 5G and automotive applications. This will also allow slimmer design production. Since these chips were released at the beginning of this year, the new Samsung Galaxy Note 20 may have a 6nm chip.

The chip powering this phone could top 3GHz. This suggests that a Snapdragon 865 Plus variant of the mobile processor could find its way into Samsung’s next phablet. On the downside, this phone has only 128GB built-in storage.

On the plus side, Samsung’s next-generation eUFS 3.1 storage could debut in the Note 20 series. These are tipped to deliver nearly three times faster writing speeds. In other words, one can expect to transfer 100 MB in 1.5 minutes over eUFS 3.1 storage.

The new Samsung Note 20 has an S pen with further upgrades and enhancements. The release of this phone has us excited because of the new technology that it shows off, and the new advancements, and upgrades!