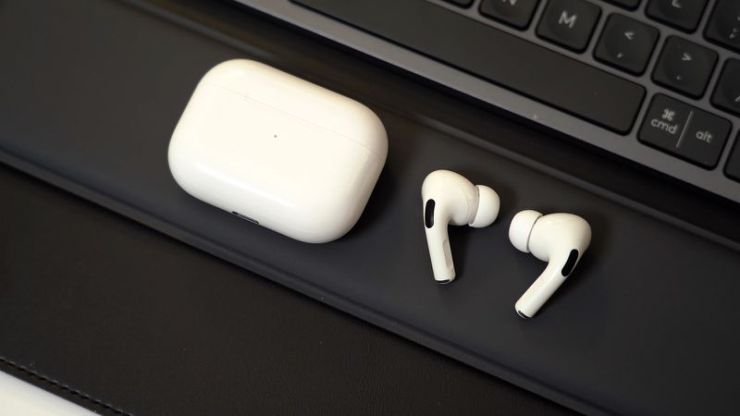 Apple’s new AirPods are to be launched in the following month, in May, alongside the MacBook Pro, according to a report. The new models of AirPods include AirPods Pro lite, and AirPods X Generation. The rumoured over-ear headphones are also to be released. These headphones were set to be launched in March, however, the current Coronvirus outbreak resulted in their release to be postponed.

In February, there were rumours about manufacturing of AirPods Pro lite. No further information was revealed except that Apple planned to move some of its production from China to Taiwan. Another report from DigiTimes suggested that even during the COVID-19 outbreak, Apple continued the production of the cheaper AirPods Pro.

Jon Prosser, a trustworthy Apple insider from YouTube channel ‘Front Page Tech‘ tweeted that the new AirPods and MacBook Pro are “ready to go” in May.

He also added that these would “Probably be released alongside the MacBook Pro next month.” However, another tweet by Prosser, confirms the launch of the 13-inch MacBook Pro in May “if everything goes well.”

More information has not been provided by Jon Prosser including the price or whether they will actually be named AirPods Pro Lite. It can be predicted that the new AirPods will not have the noise-cancelling feature, to decrease its price. Furthermore, they will feature AirPods Pro’s design but with shorter stems.

More: Apple Has Given Millions of Users A reason to dump their iPhones

According to Prosser, the new MacBook Pro will also be launched with the new AirPods next month. The 13-inch MacBook Pro will not only feature Apple’s Magic Keyboard but will also receive a CPU update. The price of this new MacBook has not been disclosed yet. Therefore, it has been suggested that since Apple increased prices in 2019, there will be no further price increase.

The new AirPods are not similar to Apple’s over-ear headphones, in any way. In the past, Prosser announced that Apple might present the new headphones at the Worldwide Developers Conference in June. Prosser also claimed that this accessory might cost around $350.

According to a report by Bloomberg, the upcoming headphones will allow customization by swappable ear pads and headband paddings. There will be two versions of the over-ear headphones which have been under development since 2018. One of these versions will star a high-end leather finish. The second one, for fitness enthusiasts, will give lighter, breathable materials.