The Among Us hype has died down over the past year, but it seems like InnerSloth is not ready to accept that.

Ever since Among Us rose to popularity in 2020, there have been countless variants of plushies created by various Chinese manufacturers in the market. InnerSloth has decided to put an end to this and released its very own official plush toy.

It seems they planned this release right after they put out their latest Airship Map for its players. Innersloth is definitely not limiting their franchise to just a video game. They have been bringing out different kinds of apparels, toys and now plushies. The company is not ready to bow down to the rumors being circulated about Among Us dying in popularity. 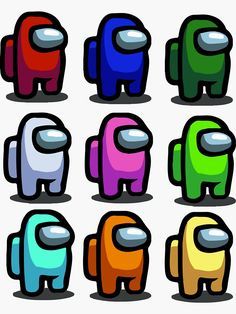 Well, for starters, it looks very much similar to the ingame model. The size of the model is much smaller than what we expected for an official product. The dimensions for the plush is 6 inches x 4 inches. Right now Innersloth has released it in 12 different colors. Since it costs only $20 a piece, you can certainly afford to buy a few of them and create a crew of your own. We believe the company is bringing out a ” collect them all” market strategy.

There was a extremely controversial stateement made by Innersloth regarding their plans with Among Us. Apparently, they are going to revamp the artwork of the game. Now, we did not get any information as to what this really is, but considering their release of these soft toys, I think they meant just a soft rework. The current Among Us design and artwork is a massive part of its success and charm. Drastic changes will never result in a positive outcome.

Innersloth is also releasing an Xbox variant later this year. As a avid Among Us fan, I am quite excited to see how all this would turn out. Therefore, fingers crossed Imposters!